Before we begin, we want to briefly explain the format of this Review article.

Where most publications produce Reviews as strictly-informational articles covering a particular product or service; Flowduino is all about education!

For this reason, we present every Review with at least one Tutorial element.

After all, how better to review a Microcontroller, Sensor, IO device, or Development Board than to walk through a project using them?

We here at Flowduino build a lot of wirelessly interconnected devices. No, seriously! More than half of all of the projects we develop require multiple devices to communicate without wires, sometimes over vast distances.

We have, at times, gone so far as to build line-of-sight optical laser communications into our devices, sometimes even with optical repeater devices necessary to span distances of multiple kilometres, where low-latency is a concern.

Readers with more experience working with Arduino and other MCUs will very likely have experienced adding radio modules to their devices. There is certainly no shortage of choice in this area, either!

From the most simple modules, such as the 433MHz HC-12 UART radio, to the slightly more complex nRF24L01 SPI, or Bluetooth (JDY-33, DW-CT14, AT-09 etc), or WiFi, or LoRa, or even GPRS/LTE… the options are practically limitless.

These days, Arduino manufacture their IoT range of development boards, which feature WiFi and/or Bluetooth on-chip. However, these come at a higher price point, and – as with all things – have their own disadvantages.

So, what if you need radio communication between multiple devices, but want to use a simple, low-profile development board without having to attach a separate radio to it? What if Bluetooth and WiFi aren’t suitable?

The RF-Nano combines the simplicity and compatibility of the Arduino Nano R3’s ATmega328 with the usefulness of the nRF24L01+ 2.4GHz radio transceiver.

Working our way down the board from the top of this photograph:

Down the left- and right-hand sides, we have the GPIO pins, which are verbatim identical to those from the Arduino Nano R3.

The RF-Nano comes in a very small cardboard box.

The printing on the box is nice, albeit bearing an illustration of the Arduino Nano R3 rather than the RF-Nano.

Inside, it contains the RF-Nano board itself, embedded into a piece of foam to offer some protection from physical impacts.

Just be aware that there is no form of static-proof packaging, or even plastic coverings on either the board or the box.

This means that damage could occur in storage or transit, depending on the conditions under which your chosen supplier looks after its stock.

Fortunately for me, my preferred supplier takes impeccable care of their stock, ensures that all outbound packages are suitably packed and protected, and I have had no problems with the 7 RF-Nano boards I have ordered for testing.

It must be noted that the nRF24L01+ chip is connected to the ATmega328P chip directly on the board. This means that there are SPI pins on the GPIO that you can no longer use for other purposes.

I shall list these pins, and what they’re connected to, now:

Important Note: The RF-Nano official documentation has CE and CS listed in the wrong order! Our table here has the correct Pin assignments. This matters because, if you reverse CE and CS, the radio will initialise just fine, but you won’t be able to transmit or receive anything with it. We wasted an awful lot of time trying to figure this one out! Hopefully, we just saved yours.

So, just be aware that you cannot use these listed SPI pins on the GPIO pin header for anything else. This isn’t a problem, mind you, as you would have to use these same pins on an Arduino Nano R3 if you wanted to connect an external SPI radio module.

Let’s build something with two RF-Nanos!

Okay, so we’ve taken a look at the specifications, and acknowledged the handy advantages that a board integrating a 2.4GHz radio can have for our projects.

Now, let’s actually test these boards and see how quickly and easily we can make two devices talk to each other!

One of the two boards will also require:

There are two similar wiring diagrams for this project.

The RGB Display (Receiver) Board

I’ve chosen to illustrate this wiring diagram using separate LEDs for Red, Green, and Blue (respectively) simply because it is easier to visualise. You can, of course, just as easily connect the resistors to the R, G, and B legs of a single RGB LED.

I ask that you forgive that the dev board shown in the illustration is the Arduino Nano R3 rather than the RF-Nano… I was unable to find the RF-Nano part available for Fritzing.

The Remote (Transmitter/Controller) Board is wired identically with LEDs and resistors, to the same pins of the RF-Nano.

However, we add 3 components to this board: push buttons.

So, for the Remote (Transmitter/Controller) Board, the GPIO Pin Wiring looks like this:

Let’s quickly put together the code for this project, but – before we do – we are going to begin with an obligatory reminder about coding standards and principles.

Examples are NOT the way you should write your code!

Please note that, for the sake of keeping this article concise, these code examples will follow the common “Arduino IDE” approach of putting all of our code into a single source file (a Sketch in the context of the Arduino IDE).

I want to preface this by stating that I do not condone developing code in this manner for real-world projects. Real-world code should always be written with the SOLID principles of development at its core.

On to the code!

For this project, we will be using the RF24 library. This Library is available in both the Arduino IDE, as well as PlatformIO.

We develop and maintain our projects using PlatformIO.

The example code (above) is fully-annotated, so I won’t conflate this article by repeating what has already been said. Simply read through the above code… it is pretty simple to understand.

Again, the above code is heavily-annotated to describe in sequence what is happening. You simply need to read through it carefully.

What I will point out is that the main differences are at the end of the setup() and loop() methods, which deal with the specifics of receiving rather than transmitting.

Grab the Sample Code on GitHub

Flowduino has a GitHub account specifically to provide complete sample projects accompanying the articles on this website.

The complete Sample Projects for this article can be found here.

So, we now have a Remote (Transmitter) and an RGB Display (Receiver). Whenever you press one of the buttons representing a colour (Red, Green, and Blue – respectively) the lights will simultaneously illuminate on both devices.

If you press multiple buttons, you will combine colours… which is pretty fun.

What’s important to note is that we are transmitting multiple values in a structured object. We can transmit basically any kind of data we want this way.

The RF-Nano is what I would call “competitively-priced”. While there are certainly cheaper Arduino Nano R3 clones on the market, these don’t feature the integrated radio. Once the cost of the radio module is factored in, the RF-Nano ultimately comes in at approximately the same overall price.

When you consider the reduced complexity, potential time-savings when it comes to fault-finding and troubleshooting, the price becomes a bargain.

The RF-Nano is an extremely useful development board, which eliminates the potential fault-finding effort we have to endure when a device-to-device project starts experiencing communication problems.

Since the radio is integrated directly into the development board, we can rule out radio hardware issues entirely, and focus on the software possibilities.

The overall quality is impressively high, and easy to use.

If you’re using an Arduino with the ATmega328 microcontroller, and you want to add a low-latency, high-frequency radio… swap out your dev board for the RF-Nano. It’s pin-compatible; albeit you can’t attach anything to the SPI pins, as explained previously – but an external radio would have to occupy these pins anyway.

The Photographs in this Article…

We just want to take a moment to point out that every single photograph of the RF-Nano used in this article has been taken by the Simon, of Flowduino, whom also authored this article.

The images were all taken, and – where applicable – edited, on a mobile phone.

We hope you like them… and if you do decide to use them on your own publications (online or physical) we would very-much appreciate it if you would provide accreditation. Something like “Photo by Flowduino.com” would be perfect. Permission for use elsewhere is explicitly granted under that sole condition. 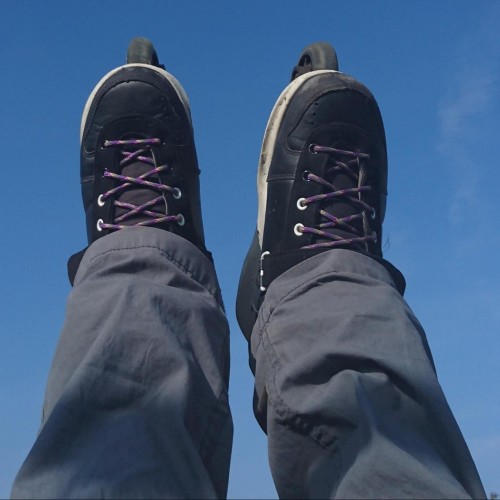 Simon Stuarthttp://flowduino.com
Simon has been creating digital things for the last 30 years. Whether it be video games, complex systems for the aerospace and automotive industries, workflow management systems for data-intensive and manufacturing industries, or specialised electronics devices... Simon has tinkered with it, personally and professionally.
RELATED ARTICLES
Battery

DiSCUSS THIS ARTICLE ON DISCORD

Want to discuss this article in more detail? Why not join our community, including our authors, on Discord? You will find a community of like-minded Makers, where you can ask questions, make suggestions, and show off your own projects.

Discuss this on Discord
Overall, the RF-Nano is a well-built, pin-compatible (with the Nano R3), easy-to-use, and extremely useful Development Board. I highly recommend this development board for any projects where you would normally use a Nano R3, but which require low-latency, high-frequency communication with the potential for long-range (with an SMA antenna connected). Just be aware of the error in the documentation mentioned in this "Reviewtorial," lest you waste countless hours trying to figure out why the radio isn't sending or receiving anything.Simon StuartArduino Nano R3 + nRF24L01 = RF-Nano 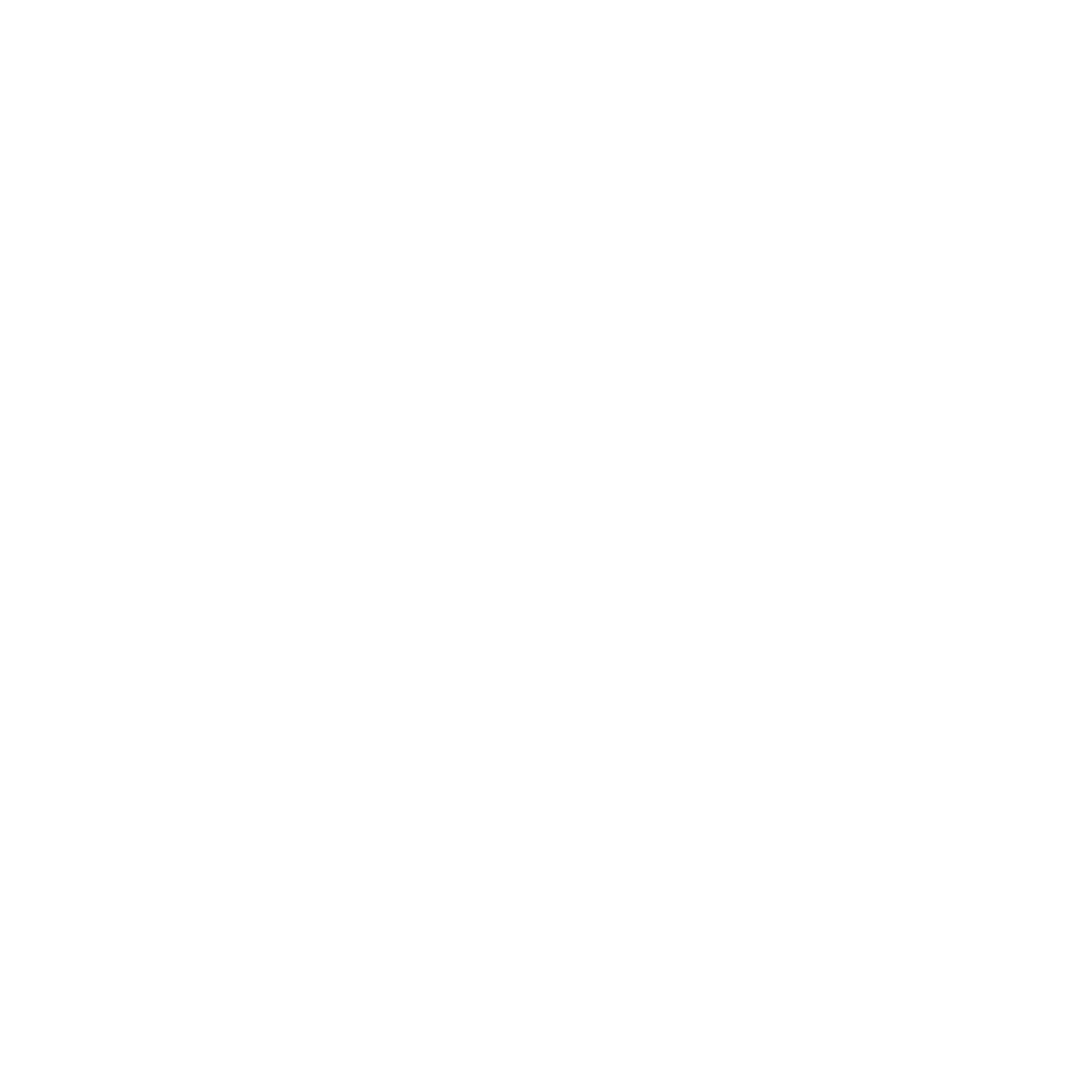 Flowduino is devoted to education on all things MCU. Arduinos, Espressif ESP, Development Boards, Programmers, Debuggers, and more! If it contains a programmable microcontroller, Flowduino is interested!

This website uses cookies to improve your experience while you navigate through the website. Out of these, the cookies that are categorized as necessary are stored on your browser as they are essential for the working of basic functionalities of the website. We also use third-party cookies that help us analyze and understand how you use this website. These cookies will be stored in your browser only with your consent. You also have the option to opt-out of these cookies. But opting out of some of these cookies may affect your browsing experience.
Necessary Always Enabled
Necessary cookies are absolutely essential for the website to function properly. These cookies ensure basic functionalities and security features of the website, anonymously.
Functional
Functional cookies help to perform certain functionalities like sharing the content of the website on social media platforms, collect feedbacks, and other third-party features.
Performance
Performance cookies are used to understand and analyze the key performance indexes of the website which helps in delivering a better user experience for the visitors.
Analytics
Analytical cookies are used to understand how visitors interact with the website. These cookies help provide information on metrics the number of visitors, bounce rate, traffic source, etc.
Advertisement
Advertisement cookies are used to provide visitors with relevant ads and marketing campaigns. These cookies track visitors across websites and collect information to provide customized ads.
Others
Other uncategorized cookies are those that are being analyzed and have not been classified into a category as yet.
SAVE & ACCEPT